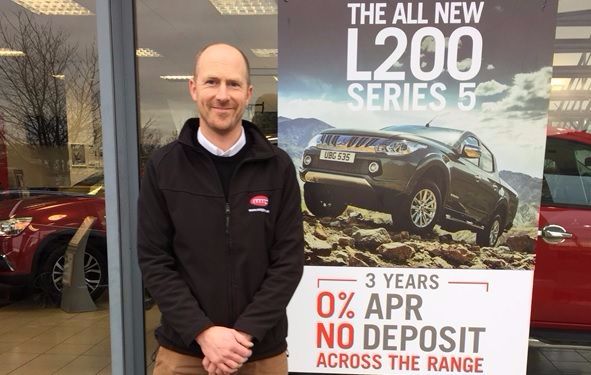 Midgley Motor Cars, in Skipton, has been highly commended at a major industry awards ceremony — in its 80th anniversary year. The Millennium Road Mitsubishi dealership, which has been in business since 1936, was runner up in the Used Car Dealership of the Year (51 to 100 cars) category at Car Dealer Magazine’s Used Car Awards 2016, which took place at The Brewery in London on November 28. Will Midgley, Dealer Principal at Midgley Motor Cars, said: “We are really honoured to be highly commended for the used car dealership of the year. “It is a real achievement for which I have the staff to thank, as without their hard work and dedication, we wouldn’t have so many loyal customers. This has come a great time as we celebrate our 80th anniversary this year.” This was the fifth year that the Used Car Awards have been held and TV presenter Mike Brewer was once again the host. The number of nominations and entries far exceeded that of any previous year, making it tougher than ever to claim a prize.

Midgley Motor Cars is pleased to welcome our customers back to our now open showroom.

We take our responsibilities around keeping you safe seriously so we have removed some vehicles from the showroom, to help with social distancing.

Please can you make sure you let us know before you visit , so we can make sure we have the right make and model available for you to view in a maximised space area.